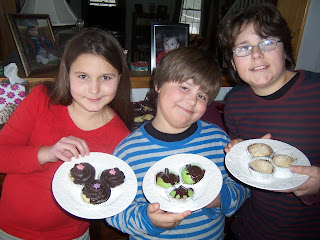 After sledding today, the children decided on having a cupcake war. This of course happened because the children are now aware of the show "D.C Cupcakes". With images of flavors dancing in their heads, the preparation begins. Each thinking of their flavors and rummaging for their ingredients in the kitchen, they begin. Connor starts with baking a cinnamon swirl cupcake and frosts it wih a maple icing. Sophie then mixes strawberries and bananas with other ingredients, begins to bake them as she realizes she forgot the flour. Round 2 with Sophie and she creates a chocolate chip cupcake with a vanilla filling and a rich chocolate frosting. Brogan who is now exhausted from watching his brother and sister. Idly awaits his turn. He changes flavors about two or three times before deciding on a green mint cupcake with a ganache topping and a mint chocolate candy to top it off. The oven is off now but the judging will begin later on. Each tremendously happy with their creations and each will be extremely satisfied as they test all these delicious desserts.
Posted by MY KIDS' KITCHEN at 1:23 PM

Visit us online, order products or become a part of our email family www.mykidskitchen.vpweb.com

Helping with the scones. 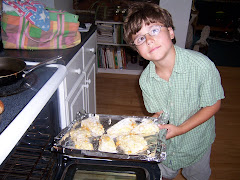 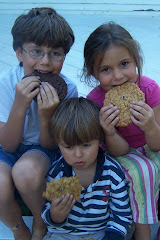 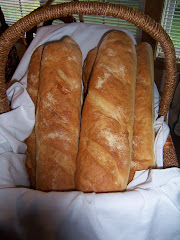 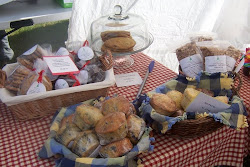 Try our scone mix with jam 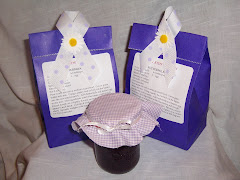